With Halloween upon us and daylight savings not too far away, we thought we’d take a look at the darker side of our business and ask the question:

This will be a very quick read and takes a light-hearted look at the ghosts, ghouls and goblins of artificial lift. Hopefully you will not find it too scary...

Read on for more…

The call from the VP!

Let’s start with what makes a production manager’s heart pound more: is it ghouls, goblins, maybe even ghosts or is it the call from the VP asking why LOE is up, or production is down? I know what I would find more terrifying - it’s definitely the latter!

Artificial lift can have a large impact upon LOE (lease operating expense) and production goal attainment. Proactive methods which optimize ESPs and gas lift can assure goal achievement, whereas reactive methods can make things tougher. Workload, lack of focus, lack of data, too much data in disparate silos, or the inability to adapt work practices to those of a data driven company can all contribute to poor runlives and lower production.

Rising LOE can cause shivers in the spine. Certain ghouls feed on poor ESP runlives such as workover rig costs, equipment replacement costs, and other intervention costs.

The gremlins of inefficiency are fueled by non-optimal ESP operating practices and non-optimal gas compressor utilization such as:

But, the most hair-raising goblins are those which attack production. 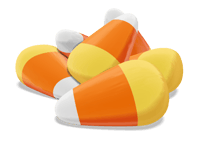 These ghosts can be exorcized by implementing the True Production Optimization methodology, using Pump Checker® software. Consider the following workflows:

The proven modules in Pump Checker will immediately flag issues, optimizing the ESP, track and categorize nuisance trips and warehouse and report root causes of failure analysis. In a recent seminar, we worked through scenarios demonstrating how an operator with 100 wells could easily gain an extra $27.8 million from the asset. Would that be some Halloween candy worth performing a few tricks to obtain?

Pump Checker® is a powerful analytics tool that helps you understand your data and make effective decisions to manage your artificial lift.